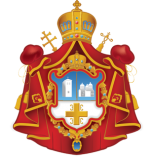 We, the hierarchs of the Serbian Orthodox Church in the United States of America, join our faithful and community leaders from across the country to express our strong and unequivocal opposition to the proposed partition of Kosovo and Metohija—our spiritual, historic and cultural heartland to which we are indivisibly bound.

We also express our concern over the continued public attacks and campaign of slander directed against the bishops and clergy of our Church by those advocating partition.

We remind all parties wishing to silence the voice of the Church of the relevant conclusions of the Potomac Declaration, issued at the end of the recently-held Ministerial Summit to Advance Religious Freedom in Washington, DC, which affirmed, inter alia: “Persons who belong to faith communities and non-believers alike have the right to participate freely in the public discourse of their respective societies”(7.26.2018).

We reaffirm our steadfast support for the Message of the Holy Assembly of Bishops of the Serbian Orthodox Church on Kosovo and Metohija, passed unanimously on May 10, 2018, by all the diocesan hierarchs of our Holy Church, which, among all else, clearly states:

The idea of ​​dividing Kosovo and Metohija between Serbia and the self-proclaimed "Kosovo state" remains on in public opinion. As such, consciously or unconsciously, one fact is overlooked: that the division would be nothing more than the recognition of an "independent state of Kosovo" and the giving away of the largest part of the territory of the Province. There is no example in world history in which a people in peace, two decades after an armed conflict, would give away their own for their own. In so dividing, the people of a large part of Kosovo and Metohija would automatically be left to the mercy and mercilessness of the regime of the so-called state of Kosovo; exposed to a pogrom similar to that of March 2004 or, under pressure and quiet terror would be forced into an exodus.