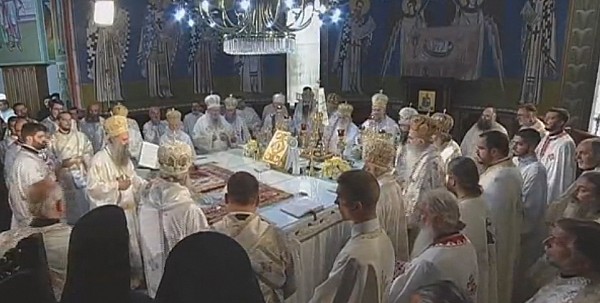 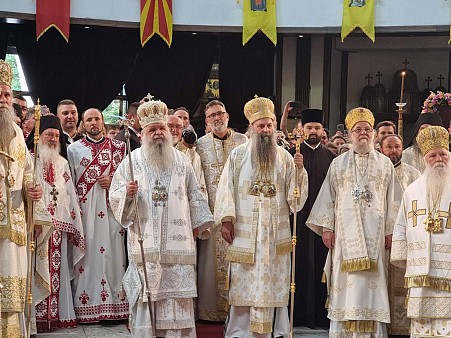 SKOPJE, North Macedonia — The head of Serbia’s Orthodox Church said Tuesday that he would recognize the full independence of the church in neighboring North Macedonia, signaling an end to a decades-old religious dispute.

The Macedonian Church unilaterally announced its independence, or autocephaly, from the Serbian Church in 1967, while the two predominantly Orthodox republics were still part of Yugoslavia.

Serbian religious leaders at the time had condemned the move as schismatic and the breakaway church was not recognized by other Orthodox churches.

On Tuesday, Patriarch Porfirije, the leader of the Serbian Orthodox Church, announced the decision during a joint liturgy with the head of North Macedonia’s Church, Archbishop Stefan, held at the Cathedral of St. Clement of Ohrid in North Macedonia’s capital Skopje.

“Brothers and sisters, we are here to bring you joy,” Porfirije said, adding that the synod of Serbia’s senior bishops had unanimously accepted the change. An official proclamation of the church’s independence was being prepared, he said, to be followed by an invitation of acceptance to be sent to other Orthodox churches.

“God is one, his church is one and our faith is one. That is why we are rejoicing today. A miracle is happening before us. We are part of that miracle,” Porfirije said. His announcement was greeted with applause by hundreds attending the service.

News that the church was no longer in schism with the rest of the Orthodox world was widely seen in North Macedonia as a historic event.