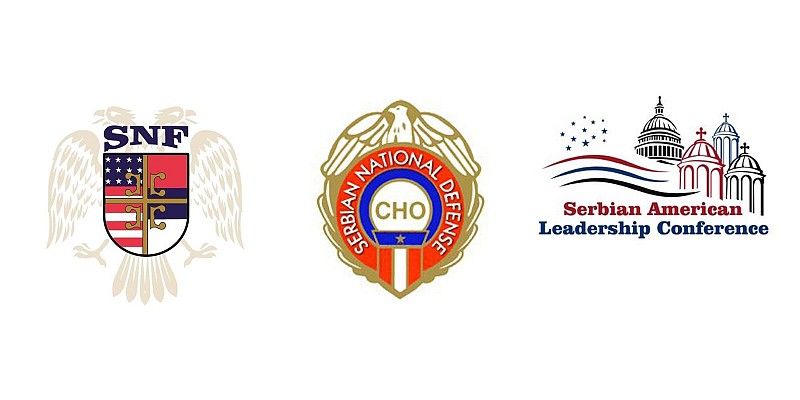 In the past few days, the oldest Serbian patriotic organizations in America, the Serb National Federation and the Serbian National Defense Council, together with the Serbian-American Leadership Conference, have supported the efforts of the Bishop Irinej of Eastern America on the protection of Serbian heritage in Kosovo and Metohija.

In separate letters to Secretary Blinken, all three organizations supported Bishop Irinej's appeal to stop the persecution of the Serbian Orthodox Church and our people in Kosovo and Metohija and, six years following the final decision of the highest judicial authorities in Pristina, to return the Visoki Dechani Monastery property. In their letters, the organizations also supported Bishop Irinej's call to impose sanctions, on the basis of President Biden's Executive Order for the Western Balkans, on all political actors in Kosovo and Metohija who discriminate against the Serbian Orthodox Church and openly obstruct reconciliation between nations, bringing into question stability in the Balkans.

From the Office of the Bishop of Eastern America