Celebrating the 100th Anniversary of the first

On Sunday, November 7, 2021, following the celebration of the Pan-Orthodox Hierarchical Divine Liturgy at Holy Trinity Cathedral in Pittsburgh, a Grand Banquet and Gala Centennial Program will be held at the Omni William Penn Hotel in Pittsburgh to honor the founding of the first diocese of the Serbian Orthodox Church in the United States of America and Canada in 1921, and our founder and first administrator, the Holy Bishop Nicholai of Zhicha and Ochrid. 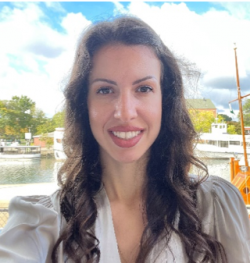 The culturally rich and diverse program will feature, among all else, some of our very talented Serbian singers and musicians, such as Natasa Djurdjevic – soprano. Her love for music started when she was five, chanting at choir in Podgorica at St. George church.

Towards the end of her studies at Faculty of Organizational Sciences in Belgrade, she decided to switch gears and pursued a degree in Solo/Opera signing, at Belgrade’s Music School “Stankovic”.

She obtained a Bachelor’s degree in management and continued studying music and performing as a soloist. Throughout her childhood and later in life, she never stopped sharing her talent and continued being a part of many church choirs. 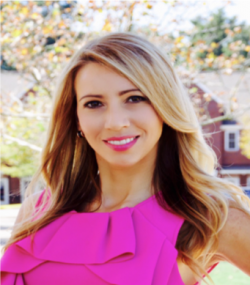 Biljana Soldo, soprano, earned her Master and Bachelor’s degree from Academy of Fine Arts in Belgrade, Serbia, both in vocal performance. She started her professional career as a member of the Emerging Artist Program in the National Opera Theatre in Belgrade.

After completing her professional education, she continued singing as the soloist of the National Opera Theatre in Belgrade and Musical Theatre in Sofia, Bulgaria. Her operatic repertoire includes Musetta in La Boheme, Adele in Die Fledermaus, Zerlina in Don Giovanni, Arsena in The Gypsy Baron, Grande Sacerdotesa in Aida, Anna in Nabucco, and many others.

Biljana is a dedicated interpreter of various art songs, as well as Serbian and Greek Orthodox Church music. For the past seven years she has lived in Virginia where she performs for Virginia Opera and Opera Nova. 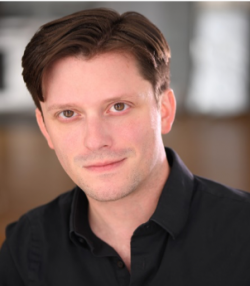 George Milosh, tenor, is a native of Aliquippa, PA is known for his versatility between musical styles. On stage, George has been seen as Hero in A Funny Thing Happened on the Way to the Forum (Center Theatre Players), Prince Charming in Pauline Viardot’s Cendrillon (Pittsburgh Festival Opera), Tamino in The Magic Flute (West Virginia University), Acis in Acis and Galatea (Central City Opera), Giuseppe Zangara in Assassins (West Virginia University) and Nantucket Sailor in Moby Dick (Pittsburgh Opera), among others.

George is also an accomplished church musician and conductor. During the pandemic, he took on the task of safely organizing the music program at St. Elijah Serbian Orthodox Church in Aliquippa, where George first started developing his musical talents at a young age. In April, George co-founded the Virtual Serbian Singing Society, a group of Serbian singers from the USA, Canada, Serbia, Germany, and Australia. George’s previous professional church music engagements have been with St. Ignatius of Antioch Episcopal Church in New York City, Westminster Presbyterian Church in Upper St. Clair, and Shadyside Presbyterian Church in Pittsburgh. 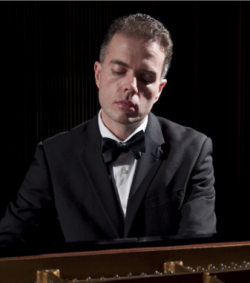 Djordje Stevan Nesic’s performances have been described as artful, assertive, sensitive and quietly virtuosic, and his career highlighted by recital, concerto, chamber, and collaborative performances, both in the US and internationally. He makes an effort to promote music that addresses contemporary, social justice and human rights issues.

Upcoming and recent engagements include the Berkshire Opera Festival, Carnegie Hall in NYC, Kolarac Hall in Belgrade, the Prototype Festival in NYC, the KotorArt Festival in Montenegro, the Serbian Cultural Center in Paris, and the Caixa Cultural in Brasilia.

With a group of his students from Carnegie Mellon University, he presented four concerts, including the staged premiere of the opera “Svadba” (Wedding) by Ana Sokolovic. 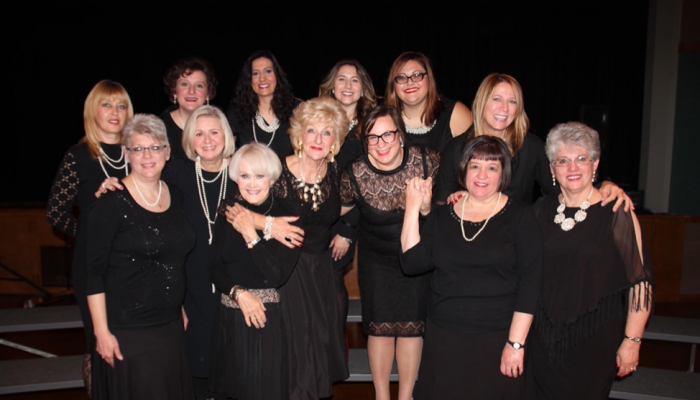 Carica Milica was created by Snezana Lazich in February of 2014 to represent the Serbian female population at a Serbian Singing Federation Festival held in Pittsburgh.

The name of the choir was chosen as a commemoration to the Empress (Carica), Milica, and ruler of Serbia after her husband, Tsar Lazar, was killed at the Battle of Kosovo. The women of Carica Milica represent the four Serbian Orthodox churches in the Pittsburgh area.

Our repertoire is both sacred and secular, tending to lean more towards modern and folk traditions of Serbian music and culture. We hope you will enjoy our unique performance! Ziveli!

Originally directed by the late Very Rev. Stevan Stepanov of the St. Elijah Serbian Orthodox Church in Aliquippa, PA, the choir is now in its 27th year and has performed throughout the United States and in Ontario, Canada.

Currently under the direction of George Milosh, Tsar Lazar specializes in Serbian, Russian and Ukrainian liturgical hymns and folk rhapsodies, and has recorded two CDs, “Spirit of Tsar Lazar” and “Undying Spirit”. 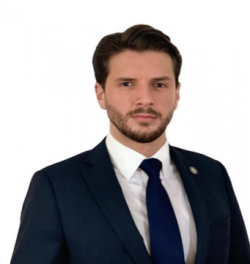 Srdjan currently serves as an Adjunct Professor of Faith and Critical Reason, and Sacred Texts and Traditions at Fordham University. He is also a Teaching Assistant for Dogmatic Theology and Christian Ethics at St. Sava Serbian Orthodox School of Theology, an editor and translator for Public Orthodoxy, the Orthodox Christian Studies Center's blog, an active chanter, and a Sunday school teacher at St. Sava Serbian Orthodox Parish in NYC. He has recently taken on significant positions within the Orthodox Christian Fellowship, the Pan-Orthodox Ministries on Homelessness, and is working closely with the Office of the United Nations High Commissioner for Refugees.

Please join us in honoring our 100th Anniversary!

We urge our guests to purchase their Banquet tickets through Eventbrite at the following link:

Those making reservations have the option to choose between three meals: Prime Rib, Snapper, or Vegetarian.

Guests will also have an opportunity to select their own seats or be randomly assigned to seating
when they purchase their tickets.