THE UNFORGETTABLE ENCOUNTERS OF BRANKO MIKAŠINOVIĆ 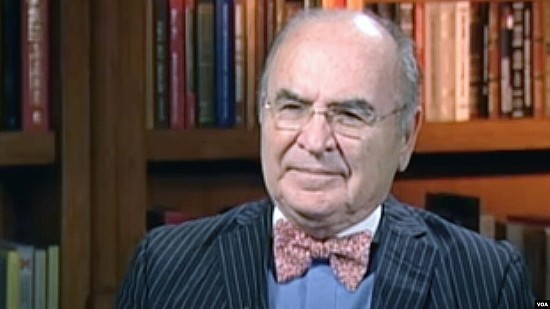 Former Voice of America journalist Branko Mikašinović, who worked for more than 30 years, first for the Yugoslav and then for the Serbian service, and our media outlets, recently published a new book in English entitled Memorable Encounters: The Famous, Fascinating and Ordinary People of the Serbian Diaspora.

Voice of America: How and when did you come up with the idea of putting together this collection?

Mikašinović: The idea of ​​writing this book has existed for a long time. I once read data on Serbs who immigrated to America at the beginning of the last century in the American-Serbian magazine "Serb World", which is published in Tucson, Arizona and writes about our immigrants and the Serbian tradition of that time. Those notes contained their names and surnames, dates of birth, death and where they lived in America. Then I thought: how sad it is to reduce human life to two to three lines of text. It was the scant information about them that, among other things, prompted me to write this book which contains descriptions of 31 people. These are longtime friends and people I knew well. Through those personalities I said a lot, not only about them, but also about myself.

Voice of America: These are mostly members of the American diaspora, but also the European one?

Voice of America: What criteria did you use when choosing the people, you wrote about in the collection?

Mikašinović: There are several criteria in question - that I knew the people in question and that they are significant and well-known in the diaspora and American society or in the country in which they live. On the other hand, I also included people who are not so well known, but were interesting and with whom there was a deeper connection.

Voice of America: What would you like this collection to say to readers?

Voice of America: The publisher is from Serbia and the book is in English. How was that cooperation achieved?

Mikašinović: A few years ago, renowned Belgrade publisher "Čigoja štampa", owned by Žarko Čigoja, published a collection of my anthologies in English - Serbian Fantastic Prose, Selected Serbian Dramas, Serbian Satire and Aphorisms, Selected Serbian Comedies and Great Serbian Short Stories” - for distribution in [Serbia] and abroad. Then Mr. Čigoja accepted the idea to publish the book Memorable Encounters. The book was immediately well received by the diaspora, and I hope that will be the case in Serbia as well. The review of the book in “Politika” states: "The release of this book can be considered the internationalization of publishing activities of one Serbian publisher", and that "in the continuum of American-Serbian relations, this book will represent a valuable contribution to both sides - American and Serbian, especially in the diaspora".

Voice of America: Are you planning to add more personalities for a second edition?

Mikašinović: Everything is possible; but this book as it is, in my opinion, is unique and certainly satisfies the current needs. But if the response to it is what we expect, the idea for a second supplementary edition will certainly be considered.