COMMUNIQUE OF THE HOLY ASSEMBLY OF BISHOPS 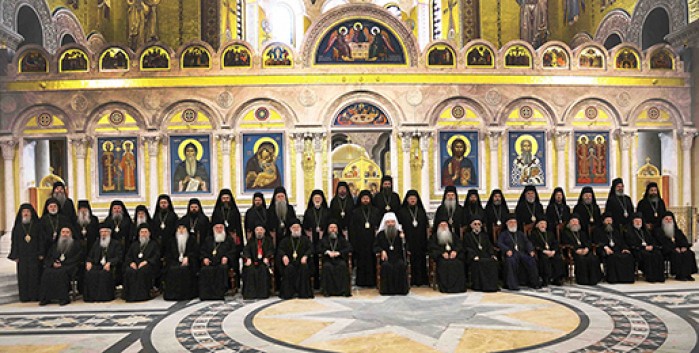 The communique of the Holy Assembly of Bishops

In the church of the Holy Prince Lazar, in the crypt of the Cathedral of Saint Sava in Belgrade, a regular session of the Holy Assembly of Bishops of the Serbian Orthodox Church was held, from May 24 to 29, 2021, under the chairmanship of His Holiness Porfirije, Serbian Patriarch, and with the participation of all diocesan hierarchs of the Serbian Orthodox Church, while Bishop Lavrentije of Sabac did not stay until the end of the session. The Assembly began its session with the service of the Holy Liturgy with the invocation of the Holy Spirit in the Cathedral of Saint Sava on the feast of Saints Cyril and Methodius, on May 24 this year.

As every year, the Assembly carefully analyzed the situation and problems of church education and religious instruction in public schools in Serbia.

The Assembly repealed the earlier decision of the Assembly on the establishment of episcopal councils in various ecclesiastical areas, given that these councils were established as temporary advisory church bodies during the extraordinary circumstances and the impossibility of meeting our bishops in the war conditions, and today, thank God, there are no longer any obstacles to regular meetings and cooperation between our archbishops in its entire canonical area.

The Assembly expresses its deep concern over the emergence of new draft laws, even laws passed hastily, without proper preparation and sufficient public debate and without dialogue with Churches and religious communities, although these draft laws and laws directly affect them, with the threat of restriction or even repeal. the right of Churches and religious communities to freely profess their religion, which is contrary to the Constitution of Serbia and binding international conventions.

The Assembly also considers it unacceptable that the draft law on cultural heritage limits its validity to only a part of the territory of Serbia, because it excludes the territory of Kosovo and Metohija from its scope, although the largest Serbian shrines and the most important Serbian cultural monuments are located there.

The term has ended in the Holy Synod for the following members: Irinej of Backa and Bishop Jovan of Sumadija, who remain as alternates. Per the suggestion of Serbian Patriarch Porfirije elected in their place are Bishop Vasilije of Srem and Fotije of Zvornik-Tuzla. 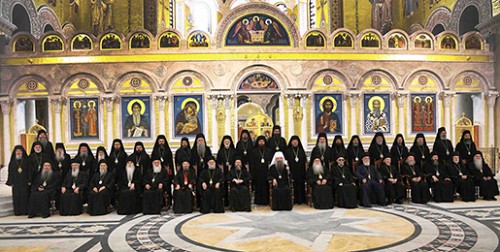