On Thursday, April 22, 2021, His Grace Bishop Irinej of Eastern America sent a letter to the US Secretary of State, Mr. Antony Blinken on the occasion of the increasingly frequent attacks on the clergy, monks and temples of the Serbian Orthodox Church in Kosovo and Metohija.

In the letter, Bishop Irinej drew attention to the constant violation of the basic human rights of Serbs in that southern Serbian province. Reports of ongoing religious and ethnic persecution of Serbs by Kosovo Albanians are of particular concern to American Serbs, who expect condemnation from US authorities.

Bishop Irinej especially emphasized the concern regarding the latest attacks and slander against the brotherhood of the Visoki Dečani Monastery and their abbot, Archimandrite Sava Janjić. In this regard, the Bishop forwarded the official statement of His Grace Bishop Theodosius of Raska and Prizren on the endangerment of the Serbian spiritual and cultural heritage in Kosovo and Metohija.

Referring to the 2015 report on religious freedom, authored by Secretary Blinken, Bishop Irinej called on him to do everything in his power with the Kosovo authorities to stop ethnic violence against Serbs and the persecution of the Serbian Orthodox Church and its clergy and monastics, and to respect the basic human and religious rights of Serbs in Kosovo and Metohija.

From the Office of the Bishop of Eastern America 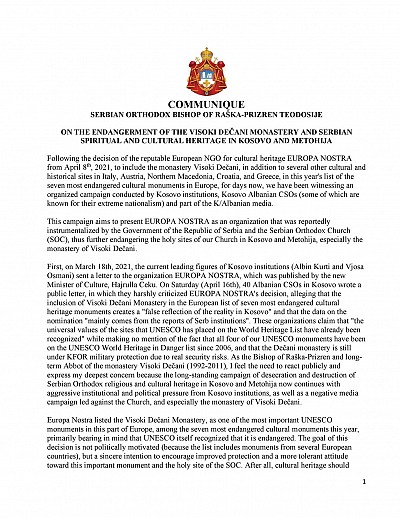 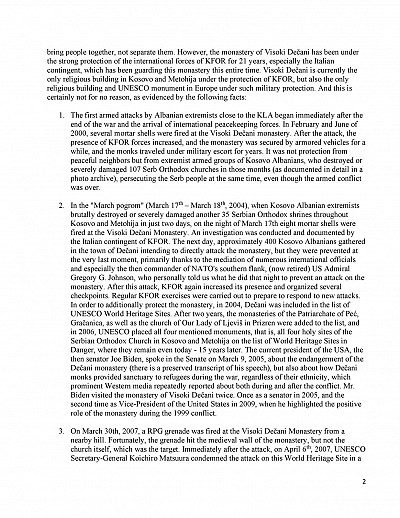 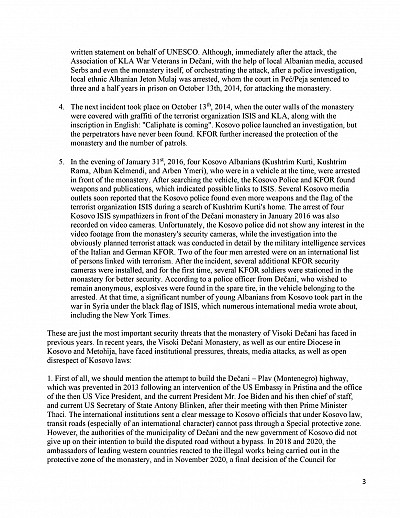 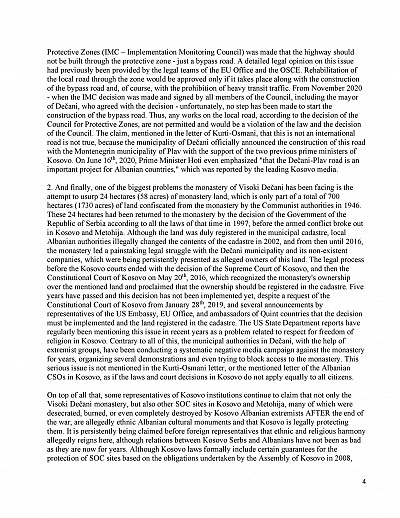 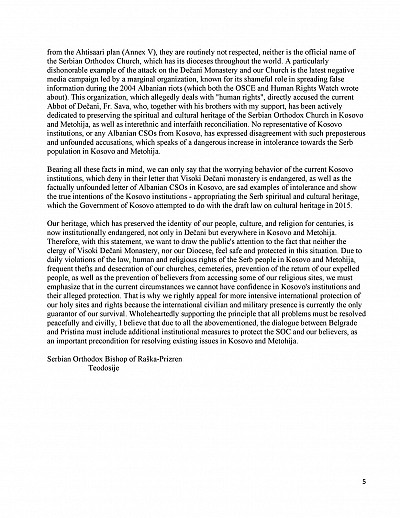