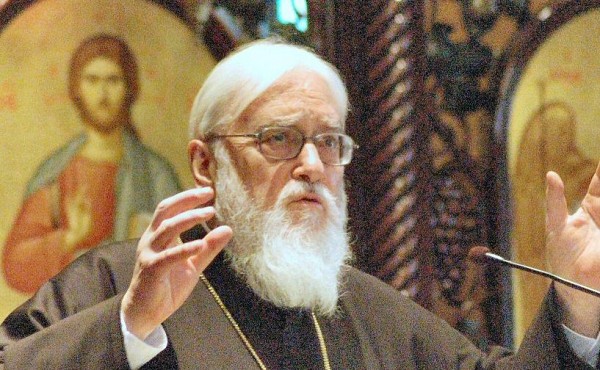 A number of hierarchs and clergy of the Orthodox Church have become sick and many have died this year during the pandemic, as the coronavirus has aggravated the poor health with which many of them were already struggling.

And, of course, people continue to suffer from the same health sicknesses and diseases that already existed in the world before the pandemic and are in need of our prayers.

Among them is His Eminence Metropolitan Kallistos (Ware), 86, one of the most well-known public figures in the Orthodox Church today. “As many of you will know, I have not been well in recent weeks and so have not been able to see you in church as I would have liked,” Met. Kallistos wrote to local Oxford priests and parishioners recently.

He notes that he has had “further treatment for cancer” which he hopes will stave off any development. Additionally, His Eminence had a pacemaker fitted last week, which has helped him have more energy, OrthoChristian was informed by Fr. Stephen Platt of St. Nicholas the Wonderworker Russian Orthodox Church in Oxford.

Met. Kallistos also notes that he may have to have a minor operation in the New Year. He is feeling well, but tired, he writes, and he is being well cared for.

And, according to a report from World Ecclesiastical News, His Beatitude Metropolitan Sawa of Warsaw and All Poland, 82, suffers from several diseases and is currently in strict quarantine. According to the report, he last publicly served the Divine Liturgy on October 18.

His Beatitude was hospitalized in July for a recurrent bacterial skin infection (erysipelas) that he has suffered from for many years.

Additionally, His Beatitude Metropolitan Benjamin of Minsk and All Belarus has called upon the Belarusian flock to pray for His Eminence Metropolitan Philaret, 85, the retired Metropolitan of Minsk, who has been hospitalized in a clinic in Minsk. He was diagnosed with the coronavirus on December 16.

He is under the supervision of highly-qualified doctors who report that his health is currently satisfactory. Met. Philaret served as the Patriarchal Exarch of Belarus from 1990 to 2013, when he retired for health reasons and was awarded the title of Patriarchal Exarch Emeritus.

May God have mercy upon Metropolitans Kallistos, Sawa, Philaret, and all suffering Orthodox Christians and grant them many years!