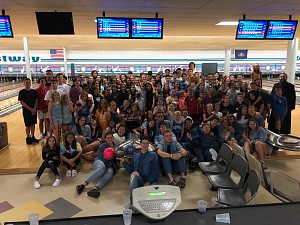 Entering into the second week of the Shadeland season, the staff was very excited as this week set a record for the first time the camp hosted over 100 children compared to the normal capacity of 76 children.

Three different barracks housed campers due to the high demand for this week of camp.

We were fortunate enough to have both V. Rev. Protosingelos Sava Medakovic and V. Rev. Fr. Borjan Vitanov as our priests for the week, leading the children in prayer and religion class daily.

There was a large group of campers as well as excellent kitchen help all travelling to Shadeland from the Detroit and Windsor areas. Having the campgrounds filled with this many children, the atmosphere was positively exhilarating. It was nice to have a large range of ages and allow the older campers to take on more responsibility and be caring role models for the younger ones, while still enjoying themselves with the fun that was fostered through large group activities.

It was truly beautiful to see the enthusiasm the campers had for our Serbian music, singing with love and pride songs such as “Oj, Kosovo, Kosovo” and “Oj, Coko Coko” during their daily classes. The Wednesday night tradition of the camper versus counselor basketball game continued and although the athletic and energetic campers put up a good fight, the counselors still remain undefeated. Karaoke night was also a success and we got to see many campers come out of their shells and express themselves and their talents through song and dance. The end of the week got caught in the heat wave as well as some torrential downpours, but the spirits of the campers, counselors, and staff were unphased because of the love between everyone and the endless smiles and laughter that radiated throughout the camp.

The campers all enjoyed a Friday night swim to cool down and end yet another successful week of Shadeland camp. 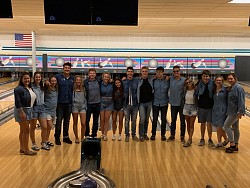