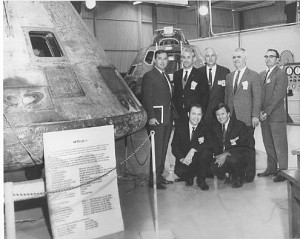 On the 50th anniversary of the first lunar landing of the Apollo 11 mission, the U.S. Embassy in Belgrade is organizing a series of briefings and presentations by Mr. David Vuich. Mr. Vuich is one of the seven Serbs – affectionately known as the “Serbo 7” – who helped develop the Apollo Space Program.

Mr. Vuich is the last living member of the “Serbo 7.” He will be travelling to Belgrade, in the latter half of July, where over the course of several days he will speak to both the public and experts in Serbia about the contributions of American-Serbian scientists, engineers, and management executives to the development of the Apollo space program.

As we join in the celebration of the 50th anniversary of the Apollo monumental achievement in carrying out the first lunar landing, we wish Mr. Vuich many more fruitful years! To the other members of the Serbian Apollo team, may God rest their souls and may their memory be eternal!