Installation of the First Icons 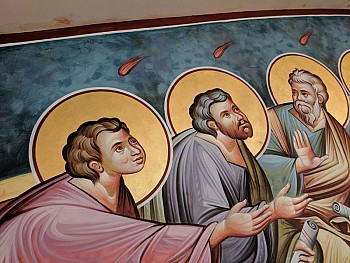 The Iconography Project at St. Nicholas is blossoming with the first fruitful flowers.  After 5 years of preparations, the first installation of icons is adorning the altar at St. Nicholas.

Church preparations began after the generous endowment from the Katic Family in honor of Anna Bakic Katic allowed to plan for the adornment of the Temple.  These preparations included fixing the water leaks in the cupola and roof to ensure no damage would threaten the icons and installing new insulation and a wall system to cover the exposed brick.

Iconographer Borislav Zivkovic began painting the icons on canvas in Houston, TX in December of 2018.  Diligent and prayerful work continued through the first six months of 2019, culminating in the installation of the icons in June.  The next installation and the completion of the altar is scheduled for September 2019.  The first phase of the project, which will include all of the Temple walls, is slated for completion by August of 2020. 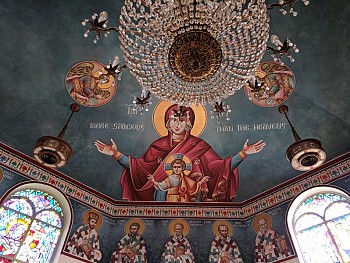