“Before I am an athlete, I am an Orthodox Christian” 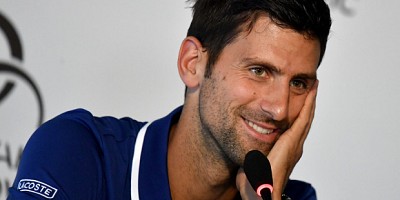 Taken off the tennis courts for six months because of persistent elbow pain, Serbian tennis player Novak Djokovic made his return to the ATP circuit on Tuesday, facing off against American Donald Young in the first round of the Australian Open tournament. He won the match handily (6-1, 6-2, 6-4). And it’s a safe bet that this man, who dominated the world tennis elite from August 2014 to November 2016, was able to find the energy he needed for his comeback thanks to his regular Bible reading.

“Before I am an athlete, I am an Orthodox Christian”

The former number 1 tennis player in the world is an Orthodox Christian, and he does not hesitate to say it publicly. It is not uncommon to observe Novak Djokovic invoking Christ during a meeting or wearing a cross around his neck to witness to his faith. For him, his religious beliefs come before his 68 titles, including 12 Grand Slam tournaments earned since the beginning of his career.

“This is the most important title of my life, because before being an athlete, I am an Orthodox Christian,” he said in April 2011, when he received the order of St. Sava in the first degree from the hands of Irenaeus, the Patriarch of the Serbian Orthodox Church. The order of St. Sava is the highest distinction in the Serbian Orthodox Church, and it was given to him especially for having contributed financially to the renovation of religious buildings in his native land, Serbia.

He finances a free restaurant for the poorest

A multi-millionaire thanks to his tournament winnings and numerous advertising contracts, Novak Djokovic willingly puts his fortune at the service of the underprivileged and helps causes that are dear to him. Judge for yourself. Last December, the Novak Djokovic Foundation, of which he is one of the main benefactors, contributed 94,000 euros for the renovation of a school in Pozega (Serbia).

Last October, the tennis player announced the opening of a restaurant in Serbia offering free food to the homeless and the poor. “Money is not a problem for me. I have earned enough to feed all of Serbia. I think they deserve it after the support I received from them,” he said in a statement released at the time.

The fate of the children of his country (where the minimum wage is set at less than 200 euros per month) particularly captures Novak Djokovic’s charitable attention. That is why, in 2015, his foundation joined forces with the World Bank to provide young Serbs with access to schooling and care. Welcoming his generosity, UNICEF rightly appointed him Goodwill Ambassador to Serbia in August 2015.

“Novak Djokovic is a true champion for children around the world. He shows that powerful voices and actions can make a difference for children, especially for the youngest,” said Yoka Brandt, deputy director of UNICEF.

An example for children around the world … and his family

As a faithful Christian who lived out his childhood in a country rife with violent conflict — the war between Bosnia and Herzegovina lasted from 1992 to 1995 — Novak Djokovic has never lost sight of his roots. And this is surely welcomed by his wife Jelena, whom he began dating in 2005, when they attended the same high school in Belgrade. They made their marriage vows before God in July 2014, and their two children are named Stefan (3 years old) and Tara (4 months old). We can imagine their home life will be an excellent school to learn not only tennis, but also generosity.

This article can originally be found on Aleteia - and as first published in the French edition on Aleteia.