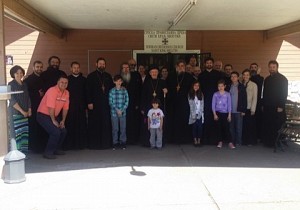 Father Kosic’s presentation inspired a stimulating discussion as the participants grappled with the contemporary issues relating to the topic. The addictive nature of television, internet and video games received attention.

Father Kosic addressed the role of parents in children’s use of internet, video games and television. He talked of the good these electronic creations offer but also the harmful possibilities that exist.

Parishes participating in the meeting offered oral reports on the highlights of their parish Christian education activities. Written reports were submitted and will be published as a consolidated written record and view of the Deanery efforts.

The Clergy Confession and Deanery meeting coincided with Father Stanislav Kravljaca’s tenth anniversary as a priest. His Grace Bishop Dr. MITROPHAN elevated Father Stanislav to the rank of Protonamesnik.

His Grace expressed appreciation to the participants and the host parish. The 2017 St. Petersburg Deanery Clergy Confession and Christian Education Meeting  will be held at St. Simeon the Myrhflowing  Church in Charlotte, North Carolina. 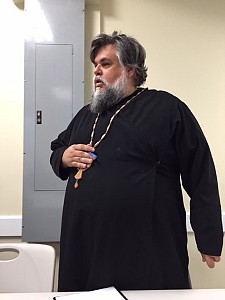